Back To Blog
Employee Story

Ed is the Director of WR’s GeoNavigation Technologies division as well as the Lead for our Engineering Center of Excellence. 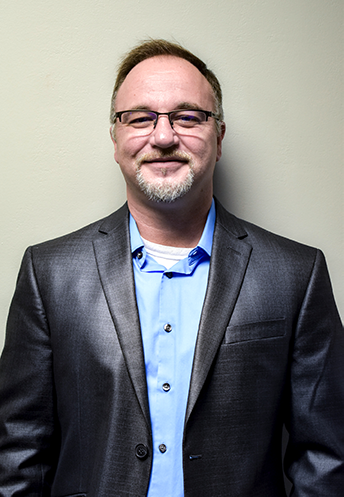 Ed’s official professional resume starts about 30 years ago with his service in the US Marine Corps. However, the real story of his passion for engineering began much earlier, when he was just a teenager—and an aspiring rock star.

“I had the 80’s hairband thing going on. I even had the snakeskin boots,” Ed reminisces.

He also had an electric guitar, a hand-me-down amplifier, and a big problem. The dilemma? That amplifier was broken and it was up to Ed to fix it. And he did try. Then, after Ed shocked himself a few too many times and blew multiple fuses, his parents “suggested” that he go work with his uncle at Bell Labs to learn more about electronics.

“I didn’t want to be there at first—I wanted to focus on my music,” Ed recalls. “But then… it got interesting.”

Bell was where Ed first learned programming in assembly and machine language. Eventually, the engineers at Bell even helped him fix that old amp. In fact, in classic engineering scientist fashion, they went overboard, modeling the amp on Eddie Van Halen’s 1969 Marshall stack. But instead of taking the revived amp on the road after high school and becoming an actual rock star, Ed became a Marine and went on the road in that capacity. His military work with Surveillance, Reconnaissance, and Intelligence Group kept him globetrotting for several years.

After the military, Ed returned to school and graduated with a bachelor’s degree in computer engineering (minor in modeling and simulation). He then held positions as a design engineer in the broadcast industry and as a systems engineer in the scientific instrumentation industry. His love of learning led him back to school where he earned a master’s degree in engineering management and systems engineering. That’s when WR found him! Ed accepted a position at WR for the chance to lead a development team and build systems from the ground up.

“There aren’t many opportunities for engineers to contribute to cutting-edge technology like at WR,” Ed notes. “In most of the industry, you’re in a box.”

Ed has stayed at WR for two reasons. One is the team environment: “In our Center of Excellence, there are no bad ideas. We dig into all aspects and build up.”

The other reason? He is constantly learning. For the last 12 years at WR, Ed has supported design, development, and integration for many systems, including health and emission monitoring systems, maritime sensors, unmanned surface vehicles, simulators, and geospatial navigation systems; and he has earned a doctoral degree in engineering management and systems engineering—a long way from almost electrocuting himself with an amp.

Ed spends his non-engineering time with his wife, his 17-year old daughter, and his 11-year old son. All four in the family are big fans of Disney World and Universal Studios, and make a yearly exodus to the resort in Florida. Ed also enjoys gaming with his son, building gaming computers, and—you guessed it—playing music.

Yes, he still rocks out on the guitar. He now also plays the bass and drums and supports a full 16-channel Peavey PA system with mics and stands. (Like his Bell lab mentors, Ed may have gone a little overboard).  As for the amp that started it all, Ed gifted that a long time ago (along with his first guitar) to a young boy who also had the dream. Perhaps the amp once again played a part in the first chapter of a success story.